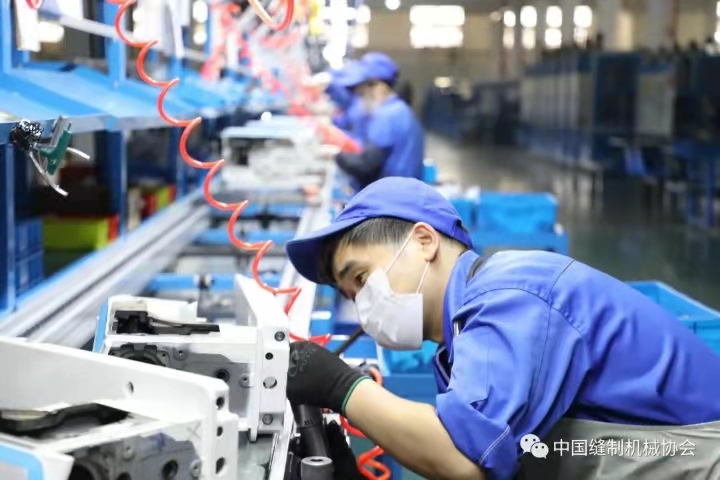 The heavy blow dealt by the pandemic and the systematic pressure produced by de-globalization in 2021 have made it inevitable to hinge on dual-circulation as a significant measure to build up China's competitiveness. Under such circumstances, the sewing machinery industry in a post-pandemic world is faced with both opportunities and challenges to restructure its development layout and strengthen competitiveness across the industry. In order to unveil the current situation of sewing machinery industry in China objectively, reporters from CSMA have recently learned about every element of the supply chain thoroughly, and strived to reveal the changes and features of a key development phase through a series of dispatches.

The burgeoning business activities of upstream enterprises in the supply chain like spare parts and electro-controlled system enterprises are demonstrated the most by full-load operation and demand keeping exceeding supply since the very beginning of 2021. With recruitment notices frequently seen on Wechat and overtime work becoming a new norm, the sustained expectation for growth against adversaries has become a phenomenal event at the turn of a new year for China's sewing industry supply chain. 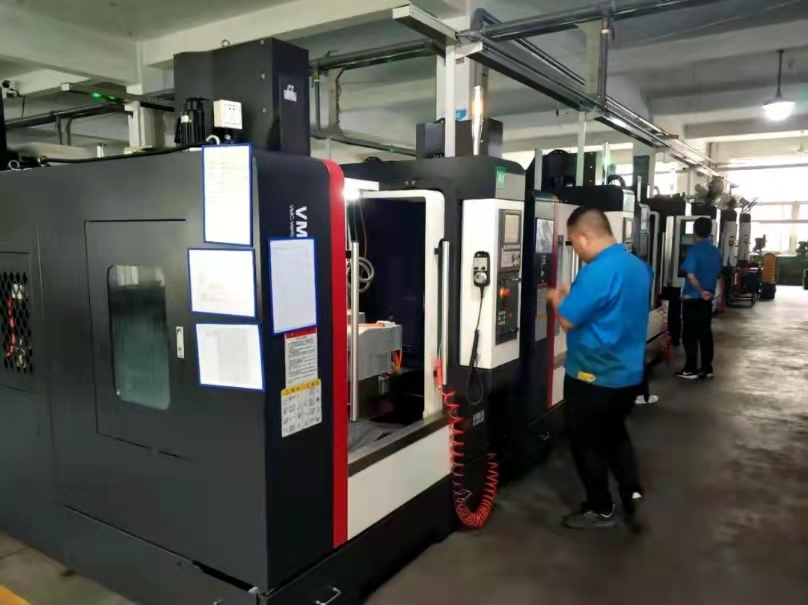 According to dozens of spare parts and electro-controlled system enterprises interviewed, on one hand, the price of various raw materials has soared in the past two months, leading to higher manufacture cost; on the other hand, enterprises, having little say and faced with intense competition, feel hesitant to put their prices up. Due to the increase of raw material price, enterprises have to bear a manufacture cost 5% or even 10% higher in some case than before. The production capacity weakened by the shortage of labor force hasn't been truly solved, and the demand still exceeds the supply at present. To increase the price even if goods cannot be delivered will be likely to harm the market share, and the losses will outweigh the gains.

A few enterprises raising their prices

Pressurized by the increase of raw material price and policies in energy-saving and emission-reduction, spare parts enterprises have issued a notice to the effect that the unit price of semi-finished products will rise 10% from January 1st on, to offset the higher cost brought by worker shortage and higher labor expenses. Against such a backdrop, manufacturers of spare parts including copper parts, aluminum parts, casting parts and electro-controlled system enterprises have started to pursue cost transmission; some enterprises have sent notices to raise their price.

It's widely-accepted to take into account all the related factors and adjust the procurement price correspondingly with Spring Festival as the turning point. According to scores of respondents from spare parts industrial base at Ningbo and Taizhou, mostly they have to bear the higher manufacture cost incurred by the increase of raw material price. A good many spare parts enterprises interviewed noted that it's only temporary to stand the rising cost for now; if the price of raw material maintains the current level or even goes up again in a long run, they will definitely negotiate with sewing machine manufacturers to raise the sale price. 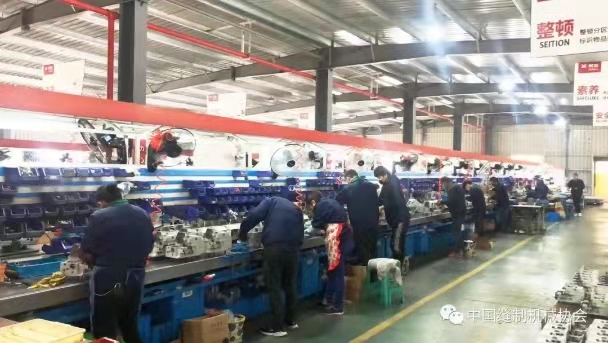 Sewing machine manufacturers: To improve coordination and strive for win-win

It's reported by leading sewing machine manufacturers that around January 1st lots of spare parts enterprises have already conveyed to them their intentions to put up the price. Nevertheless, when and how much to raise it are still under discussion. Since the price of raw material rises and falls periodically, sewing machine manufacturers fully understand and support spare parts enterprises' intention to adjust the price at a certain time based on their own situations, as a reasonable action of market regulation.

In recent years, Jack has taken the lead by restructuring the conventional mode of procurement, payment, etc, which promotes the virtuous circle of enterprises at the supply side. In the meantime, the launch of SRM (supplier relation management) system makes possible the real-time visualization of procurement details including quality, performance, delivery period, quality inspection. From the last half of 2020 on, groups of senior executives headed by Ruan Jixiang, Jack's founder, have taken on a tour to the spare parts industrial base and key enterprises, for the purpose of coordination between sewing machine and spare parts manufacturers, and looking into the future. What's more important is that Jack, as a critical measure to enhance the supply side, has placed its order for the next 5 months in early December, which  enables the supporting enterprises at the upstream to draw up plans and be target-oriented, and builds up their confidence in growth and cooperation.

In 2020, Maqi officially unveiled the program of "establishing a fine brand and product", and has consolidated its faith in championing the cause of sewing machinery industry in its annual meeting of suppliers. Maqi vows to pursue sustained improvement of quality, win-win and cooperation unswervingly together with all the suppliers. It's reported that Maqi has elevated the construction of supply chain to "the primary project", and has been occupied with devising the restructuring, integration, and substantial promotion of supply chain on the whole. Maqi will readily withstand the adversaries and advance hand-in-hand with trustworthy suppliers within its procurement system.

Hikari, in constant pursuit of products with high quality and high technologically added value, always holds that the fundamental supply mechanism of spare parts is indispensable to realize such aspirations. After years of efforts, Hikari has built a more solid cooperation relationship with supply chain partners, which strengthens the interaction between sewing machine manufacturers and spare parts suppliers. At present, it has noticed the influence and pressure of the soaring of raw material price on some manufacturers, and will closely negotiate with related suppliers and reach an agreement taking into consideration the fluctuation of raw material prices.

It's widely recognized long before that as a community of shared industrial destiny the high-quality development of sewing machine manufactures depends on a robust foundation of supply chain. Over the past years, more and more manufacturers have began to place an emphasis on protecting the rights and benefits of suppliers, and seek a coordinated and inter-dependable growth, in which case, the relation between sewing machine manufacturers and spare parts suppliers becomes more and more well-developed. Moreover, it's quite possible to further construct and perfect the new industrial layout of sewing machinery in a new era of changes through building a more sensitive and reasonable mechanism of procurement price fluctuation based on the original cost changes and market regularities, and then transmitting such fluctuation throughout the industrial chain, as expected by some manufacturers.